The Evolution of Wireless Telecommunication: From 1G to 5G 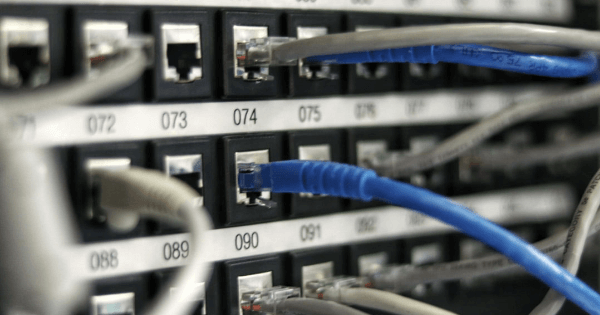 The Evolution of Wireless Telecommunication

Whether or not you realize it, you rely on fiber optic networks every day. Even if you don’t use fiber optic internet at home, you probably use it in the palm of your hand. Thanks to smartphones, we can access the web easily — but we’ve come a long way from where we started. Let’s take a closer look at the evolution of wireless telecommunication and how fiber optic services play a role.

The Journey From 1G to 5G

First, let’s talk about 1G, 2G, 3G, 4G, and 5G really mean. These are five different generations (hence, the “G”) of mobile networks. Contrary to what you might think, mobile networks have actually been around since the 1980s — and a new generation has premiered every decade or so. A “generation” refers to a specific set of standards established for phone networks. With each generation, the speed of those networks increases.

During the early ’80s, 1G started to gain popularity across the globe. During this time, we saw the first commercial cellular network using analog signals. While innovative, there were a number of issues with this first generation. Phones typically had poor battery life and poor voice quality, with dropped calls becoming the norm. Phones were also much larger during this time, which made owning and using them rather inconvenient.

By the early 1990s, 2G was starting to emerge. This second generation used digital signals instead of analog and included a new digital tool for wireless transmission called Global System for Mobile (or GSM), which has been improved upon over the years. The main aim here was to provide a more reliable and secure option for communication. During this time, features like SMS, conference calls, call hold, internal roaming, and more were introduced — and with an increased data rate, the 2G standard could be used to send and receive both text messages and emails.

By the early 2000s, 3G was on the scene. This generation is the one many of us first became familiar with when mobile phones became readily available to the masses. With this technology standard, tasks like downloading video, conducting internet searches, sharing photos, performing video calls, playing games, and engaging on social media platforms became possible. The goal of 3G was to improve data capacity services and data transmission while maintaining low costs and the ability to support a wide range of applications.

On the cusp of 2010, 4G was introduced. By making upgrades to existing technology, LTE (or Long-Term Evolution) became standard during this generation. This has allowed devices to have higher rates of data and greater capabilities for multimedia tasks. Faster speeds are standard for this generation, alongside higher quality, improved security, and lower costs.

And now, we have 5G networks. This generation involves the development of new standards to support our growing Internet of Things. Of note, technologies outfitted with 5G are intended to speed up data even more while decreasing latency, improving capacity and reliability, and maintaining consistency and performance. While this generation is relatively new, it is intended to provide a more unified experience for all.

How Fiber Optic Networks Factor In

Now that you’re an expert on the evolution of wireless telecommunication, you might be eager to learn more about what a fiber optic network can do for you. For further information, please contact us today.