UFINET makes a commitment to Ecuador, entering the country with a millionaire investment 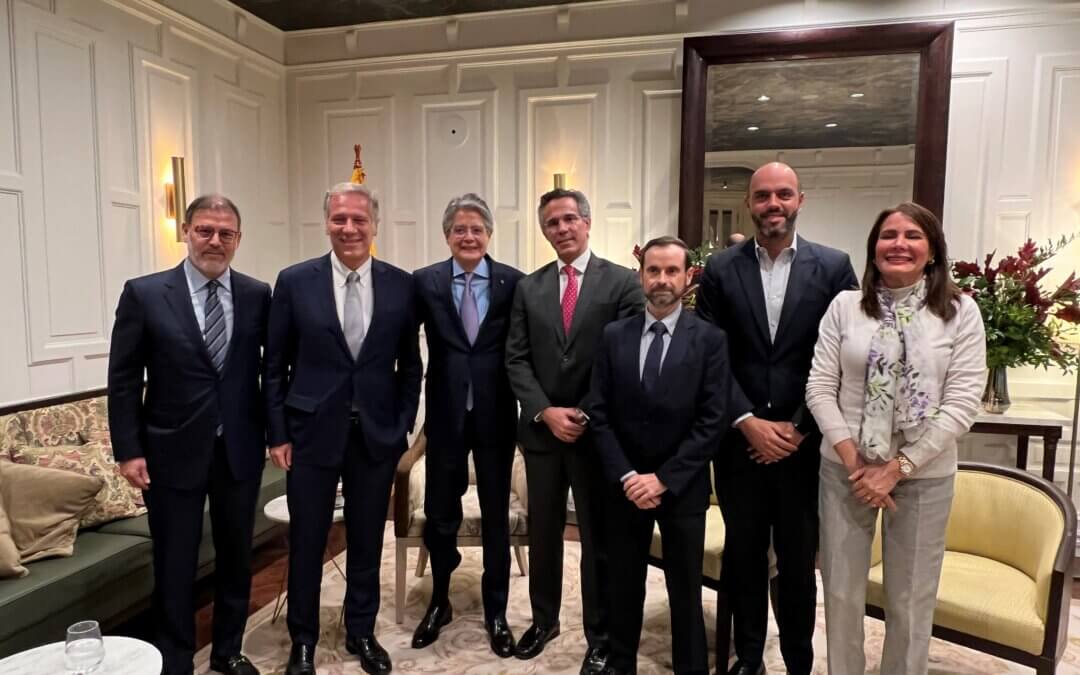 In the framework of the official visit to Spain of the President of Ecuador, Guillermo Lasso, senior UFINET executive officers met last Friday with the president and ministers of the Latin American country.

The official visit of the government of Ecuador in Spain comprised two days in which President Lasso and three of his ministers – Minister of Foreign Affairs, Mauricio Montalvo; Minister of Telecommunications, Vianna Maino; and the Minister of Production and Foreign Trade, Julio José Prado- will have different meetings to encourage European investments in Ecuador, as part of their strategy “More Ecuador in the World and more World in Ecuador” (“Más Ecuador en el Mundo y más Mundo en el Ecuador”.) 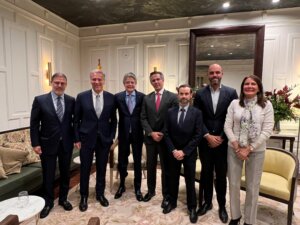 In this context, the Spanish company UFINET, the largest fiber-optic infrastructure wholesale operator in Latin America, operating for more than 20 years, has announced an initial investment of 150 Million US Dollars in Ecuador, partnering with the Ecuadorian company Nedetel. The company has an investment plan of 100 million additional US Dollars, which will be implemented in the upcoming years, a plan that is supported by its shareholders, the English investment fund CINVEN, and the Italian multinational ENEL.

“We are very excited to join Nedetel to the Ufinet group and the investment made in a country like Ecuador where, in addition to the great growth opportunities in our business, we see a favorable context for a foreign investor thanks to the actions taken by the new government,” says Stefano Lorenzi, Executive President of UFINET.

UFINET is a neutral infrastructure operator which operates in 17 countries. In Ecuador, the company has a network of more than 12,000 km of fiber optics in very rural areas, providing wholesale telecommunications services. “One of the company’s focuses is to bring Internet to rural areas, thus contributing to the break of the country’s digital gap. This will be done by neutrally supporting local ISPs, as Nedetel has done so far, providing them with a world-class service supported in OTN and MPLS networks of the very latest generation and complying with the most demanding international standards, for which we have the excellent Nedetel team, reinforced by all the resources and international know-how of UFINET”, says F Javier Lacasa, COO & Executive Vice President of UFINET.

“In the upcoming weeks, UFINET will inaugurate a state-of-the-art Data Center, the largest in the country, which is located in the City of Guayaquil and will serve to house content providers, as well as all Telecommunications Operators that need it to its B2B business,” says Juan Carlos Menendez, president of the Board of Directors of UFINET Ecuador.

Both delegations celebrated the news since the bet of the Spanish company UFINET in Ecuador will not only help the development of its telecommunications infrastructures but will also be a source of job creation.

The President of Ecuador also met with the King of Spain, Felipe VI, and with the President of the Government, Pedro Sánchez, among other authorities and businessmen, after participating in the COP26 summit in Glasgow.